We're 2 weeks in and the annual donation drive has reached 25% of the goal of covering site costs for the year. Thanks to all who have donated so far. The drive will run through October 31, details over on the Heavy Harmonies Forum.

Thank you for supporting Heavy Harmonies!

Bluebeard was originally formed by Barry Leech, Vincent Bitetti, Vincent Thomas-Penny, Gayle Hart and Danny Bogan. In January of 2004 Barry Leech took his own life and from that tragedy, the remaining four original members decided that the music should live on - not in spirit - but in reality. Producer Barry Fasman was recruited for keyboards and Ellington Erin (from San Gabriel Valley's Siddhartha) for frontman and lead vocal duties. We even enlisted long-time friend and associate, Gene Doc Snyder to write some poignant lyrics for a few new songs. Recently, Brian Barnum joined the band to replace Vincent Thomas-Penny and Lee Gordon has replaced vocailist Ellington for 2007 live dates and new recordings. Brian is also part of the band's history, having played in the Robert Barry Leech band in the early 1990's. Our music has been described as hard rock, pomp rock (Europe) and classic rock. In essence, we play Original Classic Rock - the music has a late '70's vibe but also has many '80's, '90's and contemporary rock textures and influences 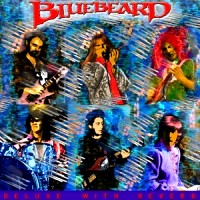 The music discographies on this site are works in progress. If you notice that a particular Bluebeard CD release or compilation is missing from the list above, please submit that CD using the CD submission page. The ultimate goal is to make the discographies here at Heavy Harmonies as complete as possible. Even if it is an obscure greatest-hits or live compilation CD, we want to add it to the site. Please only submit official CD releases; no bootlegs or cassette-only or LP-only releases.

EPs and CD-singles from Bluebeard are also welcome to be added, as long as they are at least 4 songs in length.