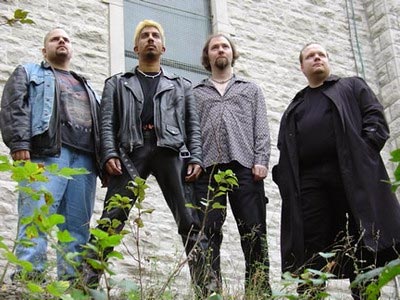 During the late 1980s, Ivory Knight was a name familiar to metal fans who witnessed the bands exciting live performances at venues including Ottawas Barrymores, Porter Hall, and (now-defunct) Roxannes in Hull. The band shared the stage with many great acts including Sword and Blackstar (featuring John Ricci and Jacques Belanger of Exciter). The band recorded a demo Voices In Your Nightmare which received excellent reviews from all over the world. The band broke up in 1990 due to musical differences. Founding member John Devadasan Perinbam reformed the band in late 1999 with drummer George Nesrallah, bassist Steve Mercer, and guitarist Rob Gravelle. The band, featuring the soaring, powerful, passionate vocals of Perinbam and the virtuosity of Gravelle, recorded an album Up From The Ashes which received excellent reviews from fans and critics throughout the world. Their latest album, Unconscience, was mixed and mastered by the Jeff Waters of the great Canadian metal act Annihilator, and features artwork by Gyula Havanscak, who also did the artwork for Annihilators last album. 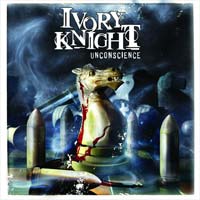 The music discographies on this site are works in progress. If you notice that a particular Ivory Knight CD release or compilation is missing from the list above, please submit that CD using the CD submission page. The ultimate goal is to make the discographies here at Heavy Harmonies as complete as possible. Even if it is an obscure greatest-hits or live compilation CD, we want to add it to the site. Please only submit official CD releases; no bootlegs or cassette-only or LP-only releases.

EPs and CD-singles from Ivory Knight are also welcome to be added, as long as they are at least 4 songs in length.